August – URANUS – Awake Yet? Are you ok with Transhumanism?

August – URANUS – Awake Yet? Are you ok with Transhumanism? 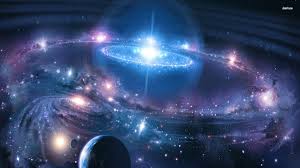 Uranus, the planet known as “The Great Awakener”, turns retrograde in Aries on Aug. 15th. Mars joins the “rebel rouser” on Aug. 17th. Uranus and Mars traveling together will bring unusual events. Both planets represent “freedom”. Where Uranus is in your chart shows where you will break away from any normalcy or imposed thoughts, ideas that are constraining. Think of it as your “rebel” placement. Natally, where Uranus is shows where you are likely to go “rogue” or off the plantation as they used to say. Changeable and unpredictable are almost an understatement for these two powerhouses! Rebellious behavior may become selfish with Uranus and Mars transit. Fires, accidents, destruction and issues with technology are part of the down side.

Uranus deals with the future, innovation and invention. As it retrogrades we are walking “backwards into the future”. We sit on the brink of chaos, breakthroughs that are undefinable now, jumps, social reformation, leaps into higher awakening……………………….

Can we harness the incredible freedom, revolutionary, reforming energy Uranus is bringing?

Can we harness Mars, God of War, to become spiritual warriors for truth, justice and independence?

Will we choose to be genetically modified by a vaccine that rewrites our genetic code & creates a new species?

Astrology is the best tool for self-knowledge and empowerment and therefore makes it the best tool for understanding one’s soul purpose for being here now. This is critical for the planet in terms of awakening.Our survival depends on the masses awakening. The more awake one is, the less one is inclined to destruction and harm, rather that be self harm, self-destruction or bringing harm and destruction to others.

Everyone has a voice and a truth to speak. It’s time, to wake up. It’s time to speak up.

Understanding your soul purpose is vital to the life of humanity and Mother Earth.